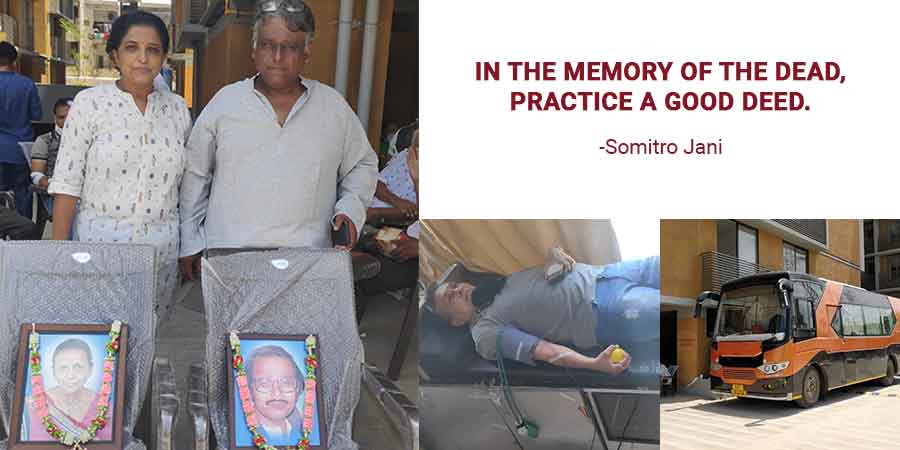 Why Do We Memorialize The Dead?

We tend to memorialize any good or bad that happens to us so that someday in the future we could laugh or grieve in the honor of the same. It is basic human nature to stick a memento to signify anything or anyone in our lives that are no longer with us. Similarly, we need a way to grieve for any closed one that we lost to death. If we are unable, the negative and sad emotions will keep budding within us and, can lead to more traumatic disorders.

How Do You Remember Your Deceased Closed One?

We have all experienced the excruciating pain from the demise of a closed one. All we do is mourn for a while and move on with our lives the next moment. People say the dead become stars and stay in our hearts, but is that enough? Can we not go to a little out of our comfort zone and make sure they stay in everyone’s hearts and souls. So that they can become bright shining stars after dying and are seen and felt by everyone else and not just ours. It’s said that one size doesn’t fit all, similarly remembering someone is taken differently by different people.

Some of the very common ways to memorialize the day of the dead in India is to host holy ceremonies, feed the poor or the Brahmins, help to donate in the NGO, and many more. We believe that good deeds stay forever and that it would help to bring peace to the dead. But is doing this one time okay? Don’t you want them to be remembered every single day? What is your way of remembering your late ones? Well our guest for today, set the bar too high for you. This unique way is going to leave you awestruck.

The Unique Way To Remember Your Deceased Closed One.

Soomitro Jani,our face to this story, lost his father at a very early age. Some of us can never empathize with what it feels like to have lost a father, but he had no choice. He definitely didn’t wanted to just host holistic rituals on his father’s death anniversary but something more than that.

His father was a blood donor all his life and always believed in giving back to the people of the society. This became the seed for the idea of organizing blood donation camps, as he wanted to walk in his father’s footsteps. Since that point, Soomitro has been conducting these camps and it has been over 26 years now. The whole idea behind the execution of blood donation camps was to memorialize his father’s death. He wanted to do it in a way that his father would be remembered by all. This way he would be able to make his peace with the loss and also do something for the betterment of the society.

The Foundation of The Donation Camps.

As he was a regular blood donor, he was often contacted by the blood banks itself. He soon learned the entire organizing process of how these camps are built and run. Not many people were showing up even after setting up the camps. He then went on to find the answers to whys for the same. He came out with the outcomes that people had this inbuilt fear of needles or some myth they couldn’t get over which made it difficult for him to get donors.

After having to meet a few people, he comprehended that people will never be able to give something selflessly until they realize the importance of the same and have been a victim of something similar to it. He managed to contact those people and made them understand the benefits of donating blood, how to donate blood. He helped them in all the way he could and then requested them to return this favor by donating blood. This way they will be able to help someone in the future who would be in the same situation and would be in desperate need of help.

What Will You Do Now?

Started from 10 donors and now at hundreds, it was indeed a long journey of 26 years and counting but the most inspiring one for all of us. He wanted to throw only one message out there ” remembering your late loved ones is not enough, memorialize them with the best possible action you could. “

We know saving even one life looks like the biggest achievement in our lives, but here we saw that Soomitro must have saved so many of them just because he knew what it feels like to lose one. So this was the story of a man who decided  to help the society by conducting blood donation camps for remembering his deceased loved one.

So tell us now how you are going to remember your late loved ones?