Is COVID the end of the world ? Does a person immediately die when he gets COVID positive? COVID is a myth and there is nothing like it ! COVID is a man-made disease for the destruction of mankind ! Amidst all these questions and rumors the battle between COVID and Humans began.

Homo sapiens are very complex creatures. They are biased by nature towards their closed ones but they also serve the world up to their maximum potential. Maybe this is the characteristic which has helped keep balance on this Earth.

During the COVID waves one thing we all realised is that, when we are together we can beat any problem in the entire universe. The humans were prevailing from a deadly virus of WUHAN and suddenly the world organizations and doctors together took the initiative to eradicate it from the base.

While the doctors are acting as a shield to the EARTH, peer humans are serving the locals who need help. The employees are protected by firms, the workers are saved by the industrialists, the locals are protected by those having resources, the maids are served with necessities by their workhouses and the guards have become members of society.

If we notice around then there is one thing which is unique and interesting. When it comes to the end of the world, humans would do anything to protect those whom they love and to the least those who they barely know. While this was a long standing fact yet, some things are better realised when felt rather than just told.

Combination Of Togetherness And Loneliness

The journey of Corona has given everyone the taste of togetherness and loneliness combined. We all remember the beginning of the wave, which led to a complete 69 day lockdown period. For some it was time to connect with their family and play tambola housie on their whatsapp groups and for others it was a battle to save their own from the fatal event of death.

How often we hear that the entire family is getting positive. The second wave especially destroyed the humans completely. The shortage of medications, no remdesivirs for house usage, no beds in hospitals, shortage of ventilators and shortage of oxygen cylinders, these were the things that made us all feel helpless. The value of health and life was the real outcome of this second wave.

From this feeling of helplessness there were some crazy philanthropists who came out of their caves and served the people with food and medications. We all have witnessed initiatives by Sonu Sood, Azeem Premji, Ratan Tata and many more. This was the time when governments were busy doing rallies and the philanthropists and doctors were busy protecting the diseased.

When we see any dead dog on the side of the street we even feel sorry for it. Then how could the doctors survive the death of many in front of them daily. They know how to treat them, they even know which medicines to prescribe but they don’t have the resources or the facilities and hence losing the patients. Carrying this burden along with the curses from the family members of the deceased, they wake up every morning in hopes of saving the most they can. This is the routine of the hard working students whose aim was to be a doctor. 16 hour shifts and seeing people die in front of them everyday and begging to save them.

There is this class of people who want to save but are helpless and then there are democratic people who want to stop the political influences. They want to stop rallies and gatherings so that the COVID can end but they can’t do anything, rather they have to just sit at home and watch the processions in the news updates. So the helplessness has led to depression for many youths and adults and this is one of the reasons why people are dying so frequently of COVID in this wave.

Your Mind’s Strength Is The Key To Everything

Covid is a fatal disease but with your mental strength you can win the war. You can take this statement as a hypothetical illustration but it is completely true. There were people in their 20s and 30s and 40s who were cremated and there were many people in their 80s who won the battle for life. When asked an 80s how difficult the fight was and did they think they could lose it? The answer was they believe that GOD has multiple unfulfilled purposes with them and that they are so strong by mind that nothing could deceive them, not even their destroyed immune or unresponsive body. Most of the oldies didn’t even believe that they have COVID or COVID is that fatal.

There is an 85 year old grandfather who is suffering from diabetes and D-dimer problem, who has been through multiple orthopedic surgeries and has even put a stand in his heart. He is taking more than 10 medicines before every meal and recently in January went through a leg fracture surgery. He got COVID positive in March end and got fully recovered by God’s grace. The situation was critical in the beginning yet he paved his way out. The reason is he has been through many tough times and hence such small things didn’t let him feel depressed. Rather the family members were so supportive that they gave him strength and utmost care so that he can get back on his routine.

On the other hand there is this 30 year old unmarried boy who works as an accountant in a niche firm. He particularly has a good family but has lost hopes of living. The reason is he has given up on his dreams and does not want to pursue his responsibilities any more. Simply, he is done with his life. This was the mindset on the second day of getting COVID positive and on the 8th day he died.

Why are we giving up on life so easy and getting depressed when we don’t even know what future actions we could pursue? Some don’t even want to pursue their dreams and are so weak that these people simply give up. Thus being mentally strong in the initial days would get you better at the end of the 14 day cycle.

Learnings For No Regrets

The major learning from the COVID scenario is that health is wealth or we can say “JAAN HAI TO JAHAN HAI”. Humans should protect themselves and Spread love and affection for every moment they are alive. The reason behind this is one shouldn’t regret when the moment of end comes. One shouldn’t regret that he cannot do something for some person or spend some more time with a person he loved or cared for. This is the most deadly regret in the world and when you lose the closed ones or suffer death yourself those regrets never leave you, they keep haunting you even in your last breath and hence you can’t rest in peace. 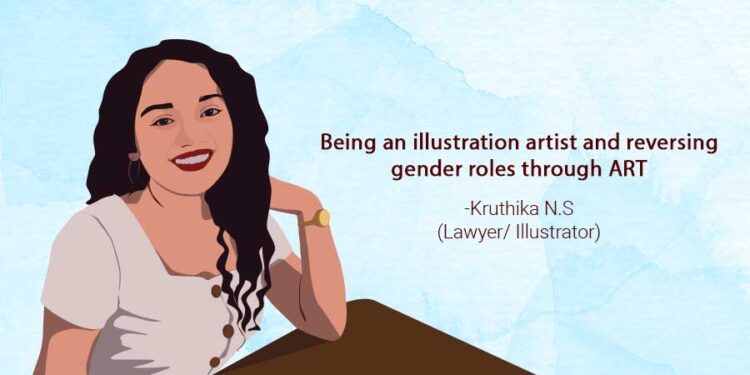 “We’re stuck in the spiral of capitalism where we forget what we actually are into.” I graduated from law school
Read more