How to find something you love to do? 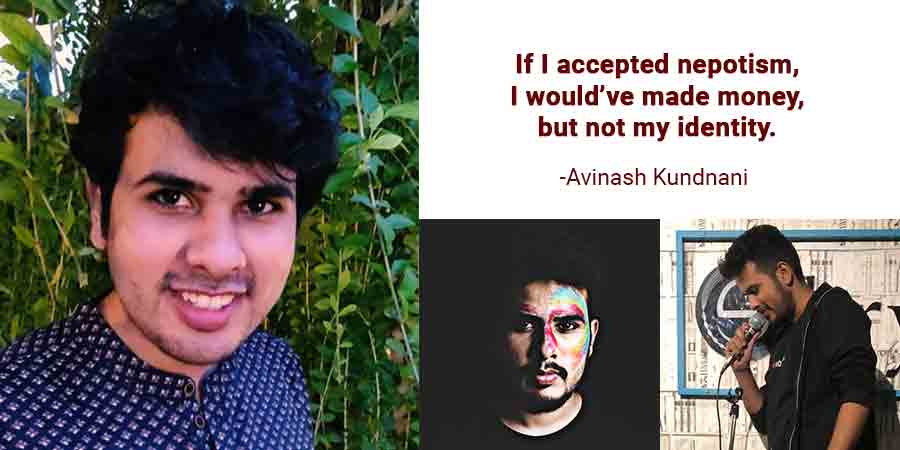 Belonging to a well-to-do Sindhi traditional family, my father always dreamt of the day his son would take over the family business he built over the years, but who knew, I had different plans for myself. Being the black sheep of your house is never easy, you’re always drenched in everyone’s expectations to the point where you tend to forget what you are expecting out of yourself.

Soon as I finished high school, I started experimenting in different fields of work, I explored different career options, but none of them gave me the kick I was looking for. Later, I met some new people who were into graphic designing, and just by listening to them talk about it, gave me chills. That was the very moment I realized that this was something I wanted to pursue.

It was the first time I enjoyed doing something so much

Completed my degree in this and later joined a start-up company because I thought I would challenge myself and take a company from ground to sky Level. What I didn’t realize was, things were about to get ugly. None of my family supported me for this except for my father, he showed faith in me and that kept me going. But very soon that faith was drifting away, as the company was still at a no-profit no-loss equation. I was 23 and still making no money, even when I was working more than 10 hours a day. I gave my heart and soul in but I guess that wasn’t enough.

I was completely devastated. At this age I was financially dependent on my father, I was going nowhere with my work, I had no social or love life, completely all alone, my family was disappointed in me, what else does a person need to be giving up on life. I don’t remember when I went into such a dark phase in my life where even the thought of hurting myself crossed my mind. But I knew I could never do this to myself, I could have ever given up.

Standup comedy was my escape to emotions.

The stubborn Avi never loses hope: That’s it, the stubborn Avi became my strength. I knew things were going to fall into place eventually but not if I am not willing to change for it. This was the time I started using humor as my defense mechanism. I was always the ‘funny’ guy of my group, but this time I was just roasting people to get out my anger and sadness. My ability to roast people was directly proportional to the level of my sadness. My friends kept pushing me to perform as a standup comedian in one of those open mic groups. It wasn’t a bad idea after all.

I still can feel the shivering of my legs, it was the first time I was holding a mic, my nervousness was at its peak, but I remembered stubborn Avi, he wouldn’t have given up and so dint I. From that day onwards to now I have been performing and making people laugh. My family still doesn’t know about it. My mom asked me one day “why are you always so grumpy, can’t you just smile a little with us?” to which I replied “hasta nahi, hasata hu”. She was a little confused but she let it go.

After all of this, there was a dispute and I had to leave the startup company, it ended on bad turns and grudges in our hearts forever. But I knew life had something better for me, and It did. Soon joined my first official corporate job and I am very much content in my life at this point.

Why didn’t I choose my family business?

My family still hopes that one day I would come back and join my family business, and I hope to prove them wrong. Because boys like me are still alive, we still don’t want to inherit the nepotism, we don’t want it. I don’t regret my decision at all.

All this is not because I hated the forceful nepotism, but I hated the feeling of being EXTRA. I hated the fact that my presence or absence wasn’t making any difference in the business. It was the case of disguised unemployment. How can someone live with the feeling of being an EXTRA? I would’ve never grown as a person if I actually decided to carry on with my family business. Personal development also plays a major role in my decision making. Because I know I would’ve made great money, but it would costed me, me, and nothing is worth that.